Being fortunate enough to work with such a cornucopia of startlingly talented and dazzlingly original artists, it takes something pretty darned special to knock us off our perch. However that’s exactly what happened when we inveigled a copy of the freshly minted and mastered debut from this long standing, yet mysterious, Auckland five piece back at the start of 2011.

Produced by Karl Steven, with engineering assistance from Len McMullen and the band themselves, it’s hard to believe that such a gorgeous sounding record, with dazzling performances from every group member, could have emanated from a lounge in Sandringham. Yet it did.

The dozen songs are a mixture of cherished live favourites from the groups origins like Beat My Time (which has been #1 on the 95 bFM Top Ten for a month and #2 on the national Radioscope Alt Charts) to newer weapons of mass seduction like Monster Song – frankly there isn’t a duff moment amongst ’em.

With interest and appreciation snowballing, support from Radio NZ and all sorts else, it’s undoubtable that a lot more will be heard from these refreshingly ragged, unaffected troubadours. In a world of jumped up here today/gone tomorrow, careerist pop tarts and middle aged MOR mulch merchants the directness, honesty and sheer class of The Vietnam War proudly stands out like a sore thumb.

This is the first time in over 10 years of strictly releasing the very finest, that Round Trip Mars has taken on an album that was already finished, and that should be an indication, if any further indications are needed, that this is something truly special and quite exceptional.

If ever there were a place where Ralph Stanley could appear one night and the Velvet Underground the next, that’s where Auckland band The Vietnam War report from.
Nick Bollinger, Listener 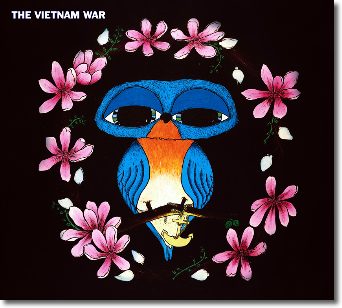